Deep Focus recalls lifestyle during 60s, 70s and years before

A photo exhibition ‘Deep Focus’, initiated by the students of Mass Communication, Manipur University, focuses on the history of Manipur and showcases the lifestyle followed during 1960s, 1970s and years before that. Varieties of vintage cameras, vintage photo printing equipment that were in use before the digital age are being displayed. 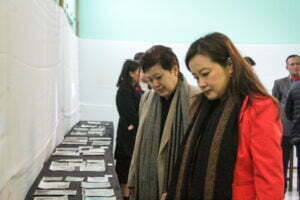 According to a press note, the Guest of Honor Prof S Mangi Singh spoke on the impact the film and media industry on society while the Chief Guest M Romi Meitei said he was delighted to be a part of the event. “There is no greater discovery than the discovery of art. Even if the discovery of scientific devices has more number than art, no discovery can conquer the discovery of art but the debate on whether Robot is an art is still going on.”, he said. 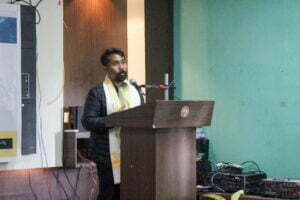 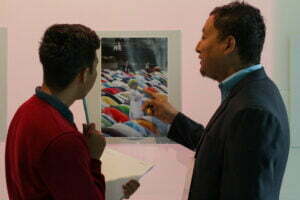 Dr RK Lilapati, HoD Department of Mass Communication, MU expressed her excitement on the response received from the public and also expressed gratitude to the photographers and photo enthusiasts from twenty states who have shown their keen interest in the exhibition. There were over 200 entries from these states.

The exhibition “Deep Focus” is initiated by the students of Mass Communication. Focusing on the history of Manipur, the exhibition will act as an archive through the timeline of Manipur back in the days.. Deep Focus is an exhibition of lifestyle followed during 60s, 70s and years before that. Varieties of vintage cameras, vintage photo printing equipment that were in use before the digital age are being displayed.

Govindas Konthoujam set to join BJP along with some Congress…