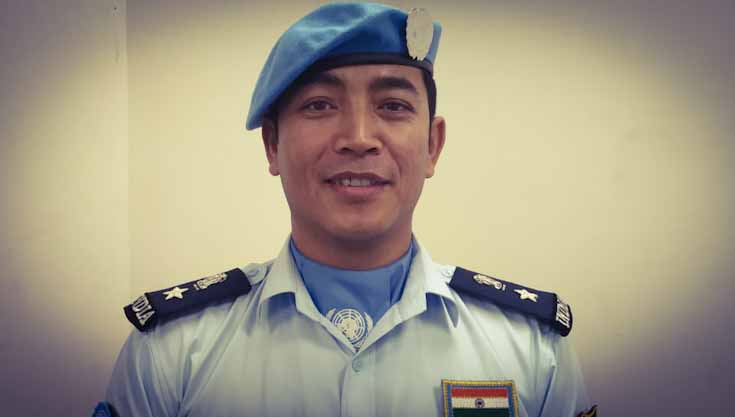 A highly decorated soldier, Dr Sitlhou has served in the conflict ridden Bastar belt of Chhattisgarh for over four years till 2015.

In a solemn and dignified ceremony held at STC BSF CCPUR, Dr. Nungminthang Sitlhou was officially promoted to the rank of Chief Medical Officer (Commandant) in the Border Security Force.

He joined the central forces in 2007 after completing his MBBS education at RIMS Imphal in 2000.

A highly decorated soldier, Dr. Sitlhou has served in the conflict ridden Bastar belt of Chhattisgarh for over four years till 2015. He has received the IG commendation three times and DG BSF commendation roll on two occasions while serving in Chhattisgarh.

Most recently, he was a part of the Indian peacekeeping mission under the United Nations Organisation Stabilization Mission and served in the Democratic Republic of the Congo in 2019-20.

Following his school motto of “Service before self centric”, Dr. Sitlhou is geared up to serve his country in his new appointment especially during the ongoing COVID-19 crisis.

“Having served in conflict zones like Chhattisgarh and then, Congo, I know how quality healthcare or the lack of it can make or break generations of a family,” he said.

“In the fight against COVID-19, my topmost priority will be to see that each and every BSF family has access to treatment and vaccine,” he added.